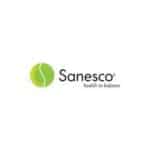 A deficiency in melatonin levels can contribute to prolonged sleep latency, inability to stay asleep, disruption to circadian rhythms and jet lag. Disordered circadian rhythm is hypothesized to contribute to increased appetite and weight gain. Melatonin also has the capability to reduce ACTH-stimulated cortisol production that has been found to interrupt sleep.

The delayed–release melatonin in SomniTR by Sanesco Health provides sustained levels for up to eight hours. It also provides support for GABA-A receptor sites. GABA-A agonists, such as Lactiumhave been shown to improve quality of sleep. This product provides support for patients with sleeping problems. It may be taken in conjunction with Lentra, Prolent and/or Tranquilent.

GABA is vital for:

Melatonin is critical for:

Lactium® is a registered trademark used under license and is protected under U.S. patent #5,846,939.

ForsLean® is a registered trademark of Sabinsa Corporation and is the only Coleus forskohlii preparation supported commonly by Patent.