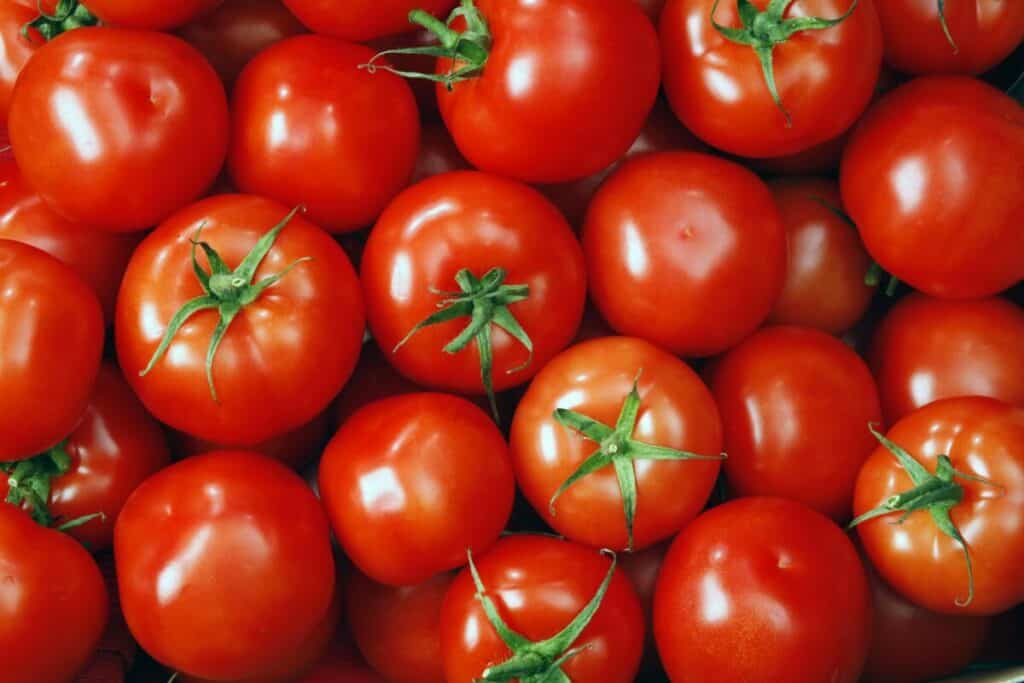 The Link Between Nightshades and Chronic Pain & Inflammation

Few people are familiar with the term nightshades, and many will be surprised to learn that consuming foods from this plant group may be contributing to their pain and inflammation, and are an integral part of the 21-Day Cleanse.

Nightshades belong to the Solanaceae family which includes over 2,000 species. They also include some of the most popular foods consumed today; such as tomatoes, potatoes, all types of peppers, and eggplant. Although not truly nightshades, blueberries, huckleberries, goji berries and ashwaganda all share the same alkaloids which may have inflammation-inducing properties.

The Solanaceae family contains cholinesterase inhibiting glycoalkaloids and steroid alkaloids including, among others, solanine in potato and eggplant, tomatine in tomato, nicotine in tobacco, and capsaicin in garden peppers. The glycoalkaloids in potatoes are known to contribute to Irritable Bowel Syndrome (IBS) and negatively affect intestinal permeability. According to Dr. Marvin Childers, “When these inhibitors accumulate in the body, alone or with other cholinesterase inhibitors such as caffeine or food impurities containing systemic cholinesterase inhibiting pesticides, the result may be a paralytic-like muscle spasm, aches, pains, tenderness, inflammation, and stiff body movements.” These symptoms may dissipate in a few hours or days if ingestion is stopped, based on the sensitivity of the individual, the amount of nightshades consumed on a regular basis and their level of inflammation. However for some heavy consumers of nightshades the process of inflammation and pain reduction can take up to 3 months.

After reading the symptoms associated with nightshade consumption, it is easy to understand why one of the major problems attributed to nightshade is arthritis. Arthritis is also the most common disability in the U.S. Statistics from a 2007-2009 study show that doctor diagnosed arthritis affects 49.9 million people in the United States alone. Osteoarthritis is the most common form of arthritis affecting more than 20 million people. More than 2 million people are affected by rheumatoid arthritis, the most disabling and painful form of arthritis. Arthritis has no boundaries to gender, race or age, it affects young and old alike. In fact it may be surprising to some that an estimated 294,000 children (age 18 and under), have some form of arthritis. In 2003 the medical cost of arthritis alone was approximately 128 billion annually. Since 1994, disability-related costs for medical care and lost productivity have exceeded an estimated $300 billion annually in the United States, this includes arthritis and other rheumatoid related illness. Add to these numbers the report released in 2011 by the Institute of Medicine of the National Academies, where an estimated 116 million adults live with chronic pain, which costs the United States $635 billion annually in health care and lost productivity. So the question is how much of these problems are nightshade related? That is the question some researchers are asking, as they believe that arthritis is often misdiagnosed in people who may in fact be experiencing severe side effects of nightshade consumption.

Many who suffer with arthritis or an arthritis related disease such as lupus, rheumatism, and other musculoskeletal pain disorders, have found that consuming foods from the nightshade family is in fact adversely affecting their health. Norman F. Childers, PhD, founder of the Arthritis Nightshades Research Foundation stated: “Diet appears to be a factor in the etiology of arthritis based on surveys of over 1400 volunteers during a 20-year period. Plants in the drug family, Solanaceae (nightshades) are an important causative factor in arthritis in sensitive people.”

After three months, begin to reintroduce one nightshade at a time. Take note of any aches, pains, stiffness, and loss of energy, headaches, respiratory problems or any other symptoms. You may find as many others have, that the quality of your daily health will dramatically improve after eliminating nightshades from your diet.

Soy sauce made in the U.S. is generally made with genetically modified (GMO) soy beans, which are cut with the nightshade plant Petunia.

The condiments black/white pepper and pepper corns are not nightshades

Other ingredients and products to avoid

Read labels carefully because you could be doing everything else right, and still be sabotaged by one small amount of an ingredient.

Never buy a food has that uses the generic term of seasoning or spices…. nightshades may be included in the ingredients.