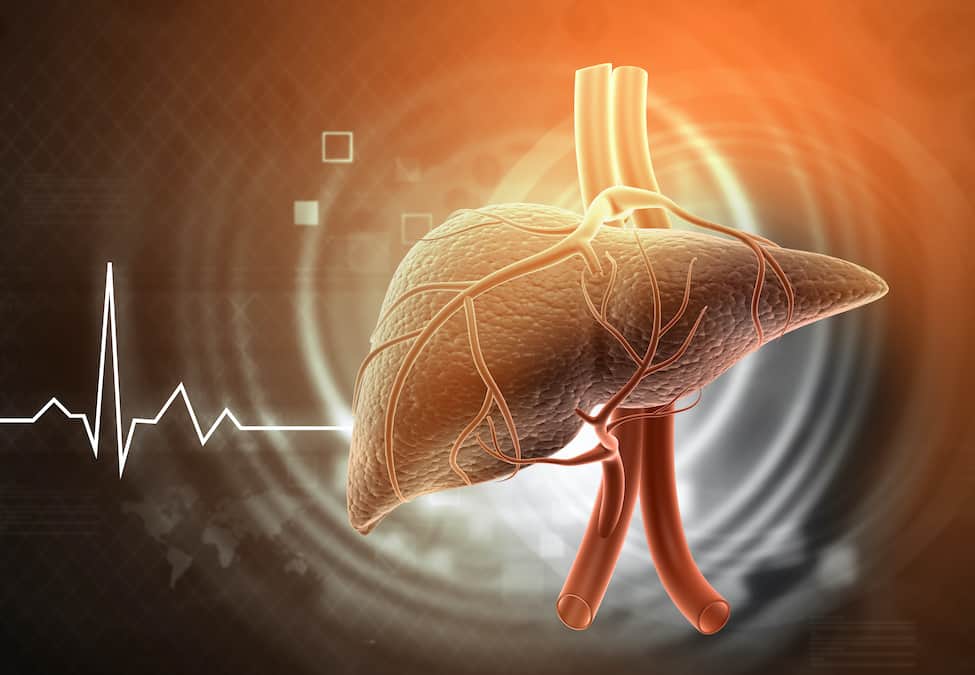 The liver is like a “processing plant” for the human body. The mitochondria of liver cells have a family of enzymes, a large group of enzymes called “cytochrome P450.” They are the “processing machines” in the processing plant, and there are more than 50 types of them. Cytochrome P450s are responsible for processing a variety of “materials,” including toxins and nutrients that enter the liver. These metabolic products are then “labeled” and are either secreted by the liver cells into the bile and then excreted in the feces or filtered by the kidneys into the urine and excreted out of the body.

These are the two main functions of the liver, according to Wen Chieh Wu, M.D. GERD center, Yuan Sheng branch, Yuan Rung hospital. The liver can metabolize drugs, toxins, and nutrients through cytochrome P450s.

However, it can’t metabolize heavy metals, so they will accumulate in the liver.

Cytochrome P450s have limitations in what they can metabolize, and there are other factors that affect the liver’s ability to detoxify the body.

Some people take multiple medications, such as patients with several chronic diseases and people who buy medications based on advertisements. However, if too many drugs are taken at the same time, drug interactions may occur and affect liver metabolism.

Some drugs may be metabolized too quickly, making them less effective; others may be under-metabolized and accumulate too much in the body, thus increasing toxicity and side effects.

In addition, some drugs can inhibit cytochrome P450s, which in turn reduces their metabolic function, resulting in the inability of cytochrome P450s to metabolize other drugs. As a result, these drugs are rendered ineffective.

Another factor is the use of traditional Chinese herbal medicines and health supplements from unknown sources, which may cause drug-induced hepatitis if they’re taken over a long period of time, resulting in impaired liver function.

In moldy peanuts, soybeans, and other grains and cereals, there is a kind of toxin called aflatoxin.

Aflatoxin is a secondary metabolite produced by two types of mold, Aspergillus flavus and Aspergillus parasiticus. This toxin is metabolized by the liver, and its metabolic products can lead to liver cell damage and mutations. It may even cause cancer in the liver.

Dr. Wu said that he had met a peanut butter production company’s owner and a cab driver, both of whom ate peanuts for a long time, thus unknowingly ingesting aflatoxins. Due to aflatoxins’ accumulation in their bodies over a long period of time, they had developed liver cancer.

In addition, if consumed, grapefruits, which contain a large amount of flavonoids, will affect the liver’s metabolic function for some antihypertensive, lipid-lowering, anti-arrhythmic or diabetic medicines and sleeping drugs.

The effects will last at least six to eight hours, and may last up to 24 hours. This may result in the accumulation of drugs in the body, producing toxic and reinforcing side effects. For instance, after taking some antihypertensive drugs, one will have his or her blood pressure drop even lower and become hypotensive. Therefore, if you are taking these drugs, it is recommended that you ask your doctor if you should avoid grapefruits.

Other citrus fruits also affect drug metabolism, such as pomelos, bitter oranges, limes, tangerines, oranges, and so on. Although these fruits’ flavonoid content is not as high as that of grapefruits, it is advisable to suspend their consumption while taking certain medications.

Alcohol is one of the biggest culprits for liver damage, which can lead to alcoholic hepatitis, cirrhosis, and serious impairment of the liver’s detoxification function.

People often think that only alcohol abuse hurts the liver. However, only four ounces of alcohol per day for men and two ounces for women can scar the liver.

The more normal liver cells there are, the more cytochromes and the better the liver’s metabolic capacity. In general, the elderly have fewer liver cells, and their livers are less able to detoxify than young people.

In addition to drug-induced hepatitis and alcoholic hepatitis, other liver diseases such as fatty liver and viral hepatitis (e.g. hepatitis B and C) can cause more liver cells to become inflamed and lose their original function, resulting in fewer normal liver cells and thus affecting metabolism.

The strength and speed of cytochrome P450s’ metabolic function are genetically related to the individual’s genes. For example, Westerners usually have a faster metabolism and require a higher dose of medication than Asians.

When the liver is impaired, its detoxification function will be affected. Depending on the degree of liver damage, the following symptoms may occur, from mild to severe.

The liver bears the heavy responsibility of detoxification. There are four ways to maintain a relatively good liver function.

Our daily diet should be based on all-natural foods, and we should avoid highly processed, pickled, and preserved foods. And we should try to choose simple cooking methods, rather than complex methods, ingredients, and seasoning.

This dietary principle can reduce our intake of ingredients that the liver needs to metabolize and detoxify, thus reducing the burden on the liver.

“This is the most important principle,” emphasized Dr. Wu. In addition to all-natural foods and water, other food additives and drugs all have to be metabolized by the liver and then excreted.

Adding colorful fruits and vegetables to a meal can give you a variety of phytochemicals and vitamins. These nutrients can help increase the body’s ability to fight free radicals and improve inflammation.

Dr. Wu added that, especially for the elderly, dietary therapy is better than taking many medications.

Although grapefruits and other citrus fruits can affect some drugs’ metabolism, the general public can still add them to the diet.

In general, we should reduce alcohol consumption and avoid medications of unknown origins in order to reduce the burden on the liver.

Patients with multiple chronic diseases who are not sure if the medications they are currently taking will affect one another can consult their pharmacist or physician.

Regular exercise not only helps us maintain a healthy body, but also prevents fatty liver. Our body mass index (BMI) should be kept below 24, according to Dr. Wu.

The liver is an organ with high blood flow. As such, another benefit of exercising is that it can promote blood circulation and increase blood flow to the liver, which helps with metabolism.

At the same time, we should develop a regular routine and avoid staying up late, so that our liver can get sufficient rest. Nowadays, most people stay up late and don’t get enough sleep, when they should get at least six to seven hours of sleep.

Dr. Wu explained that this lack of sleep damages the liver in that it doesn’t give the liver cells enough time to rest and repair. When people are awake, external substances continue to be transported to the liver to be metabolized—when asleep, this activity isn’t taking place, thus giving the liver time to rest.