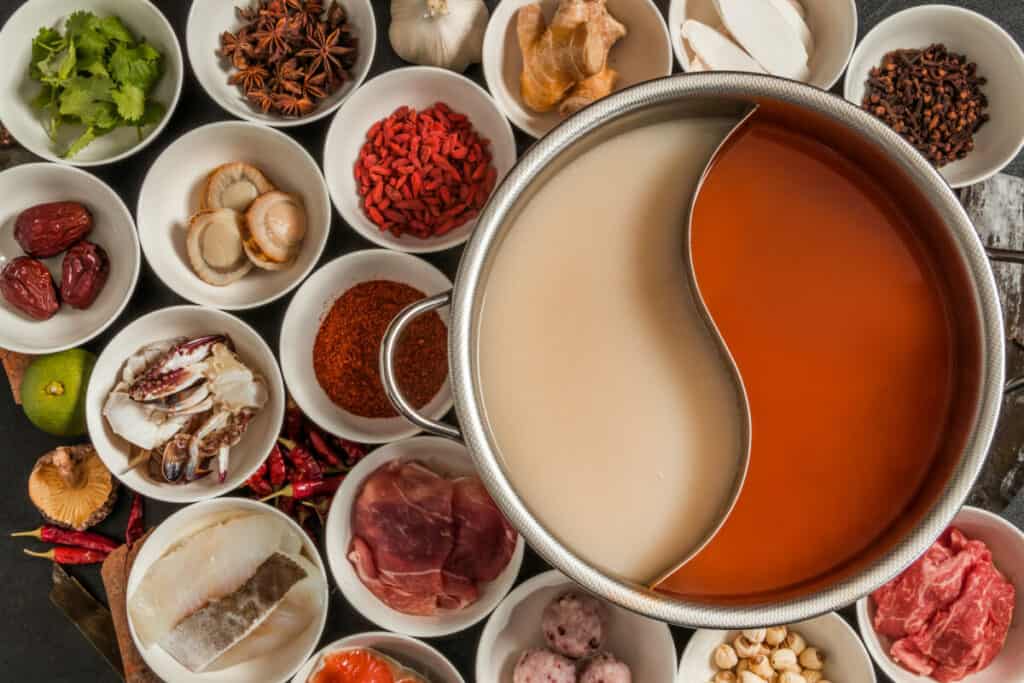 Yin, Yang, and Food as Medicine

Learning to eat your way to health takes a certain degree of self-awareness in the Eastern tradition.

Food has always been powerful medicine. In a culture that often looks to big pharma to cure its ills, it can be a departure to think of what we eat every day as a resource to repair and restore health. But the truth is that using food as medicine is as old as time. These foods can be an integral part of the 21-Day Cleanse within the 90-Day Balance Program.

Traditional healing practices have known this for millennia, and, thankfully, we’re now starting to realize it as well.

Understanding the healing properties of foods can be overwhelming. There’s a constant barrage of information about the next miracle diet, discoveries about foods’ health benefits, or how someone healed themselves from an “incurable” disease with their diet. Because of the sheer volume of information, it’s hard to know where to begin.

I always go back to Eastern medicine—a tradition that’s been using food as medicine for thousands of years. And because of its long history, it has had a lot of time for research and development. I temper this with the latest research and discoveries, but Chinese medicine nutritional therapy is always my baseline, and it works well.

The Thermal Nature of Foods and People

The Eastern approach is pretty unique. The most significant aspect is that there’s no blanket solution for eating your way to health that works for everyone. Like the rest of the Eastern model, it’s highly individualized. This focus on the individual is what makes it so powerful.

Multiple factors affect how food therapy is applied to heal disease and improve health. Your constitution, how much yin or yang energy you have at any given moment, the season, your emotional state, and what’s happening in your body are all factors. Sounds simple, right? Well, while it may not be simple, it’s highly effective. Let’s look at how it works.

To understand food therapy in the Eastern model, we should first talk about yin and yang, a concept that’s the core of Chinese medical theory. Yin and yang represent the duality that exists in all things. Yin represents darkness, cold, slow, internal, reflective energies and yang represents bright, hot, quick, external, active energies. According to this theory, all things are a dynamic interaction of these two opposing forces.

Yin and yang is a way to see the forces of nature, our bodies, the food we eat, our emotions, and really, all things in existence. It’s a lens through which we can see and attempt to understand ourselves and how we interact with our world.

The Thermal Nature of Foods

We all possess both yin (cold/water) and yang (hot/fire) energies to varying degrees. Some people are more yin, and others are more yang. Yin and yang are fluid and constantly changing depending on a multitude of factors, but we all have an intrinsic “nature” tending to one or the other. In the context of food, this is significant. Foods also have a thermal nature. Some foods are warming, some are cooling, and others are neutral.

For example, if someone has symptoms of heat (redness, swelling, fevers, headaches at the vertex of the head, dryness, bitter taste in the mouth, red eyes, mania), then cooling foods would be prescribed as part of the treatment plan. Conversely, someone exhibiting cold symptoms (swellings, lethargy, heaviness, edema, loose stools, cold limbs, runny nose, aches) would benefit from eating warming foods.

The introduction of foods based on their temperature is something I use with every patient, as food therapy is a fundamental part of Chinese medicine. It’s one of the most impactful and empowering ways for patients to improve their health conditions and bring awareness to how their diet affects their bodies.

Here are some general rules that help to explain the thermal nature of foods:

Of all the ways that we manipulate foods, the most important is the method of cooking. Different cooking methods can change the thermal temperature of our foods. Cooking foods (instead of eating them raw) means that they’re more easily broken down and assimilated. If the cooking time is short, few nutrients are lost, and the body more easily uses the ones that remain.

Internal imbalances of yin (cold) and yang (heat) are what cause disease in Chinese medicine. Too much heat can be caused by eating too many heating foods or insufficient cooling foods. Heat can also be caused by excessive physical activity, a high level of stress, long-standing or intense anger (the liver is prone to heat and its emotion is anger), or being exposed to extreme temperatures.

Some symptoms of heat in the body include a feeling of heat; bright red tongue with a thick yellow coating; red face; red eyes; nosebleeds; canker sores; bad taste in the mouth; high blood pressure; hemorrhage; convulsions; delirium; rapid pulse; local inflammations, swellings, rashes, sores, or skin eruptions; constipation (heat dries up fluids); dry and smelly stools; dark yellow and scanty urine; blood in the stools or urine; desire to drink cold liquids; and if stools or urine are excreted forcefully or urgently or have mucus that’s yellow or green.

One of the best things that we can do when we have excess heat in the body is to eat more cooling foods. Other things that help include taking it easy and slowing down. Expressing emotions (especially anger and frustration) helps release heat, cooling the body down. If emotions are continually unexpressed, they cause heat to build up in the body, leading to problems. Meat is also considered very heating, so if you’re experiencing a lot of heat, you might try cutting back on meat and adding more cold foods to the diet to balance things out.

Too much cold in the body can come from a lack of physical activity, exposure to a cold environment, or eating too many cooling foods, such as raw foods (which are considered cold). Internal cold can also arise from not eating enough warming foods, especially in the colder months.

Some signs and symptoms of cold in the body include chilly sensations; dislike of cold; wanting to drink warm foods and liquids; profuse, clear urine; stiffness; watery, loose diarrhea; fearfulness (the kidney is associated with fear and is particularly susceptible to cold); fixed pain; white complexion; and a runny nose.

There are a lot of layers to dietary therapy in Eastern medicine; thus there are many things to consider when eating your way to health. It always begins with awareness and listening to what your body is telling you. Are you a “hot” person, or do you exhibit symptoms of “cold”?

With this new way of looking at things, what would you say your “nature” is? Are you more yin or more yang? This personal evaluation is an excellent place to start. At first, at least, it’s a good idea to get a qualified practitioner to help you navigate. Still, with some practice, we all have the ability to use the food we eat every day to rebalance our bodies, help overcome our illnesses, and be the healthiest humans possible.