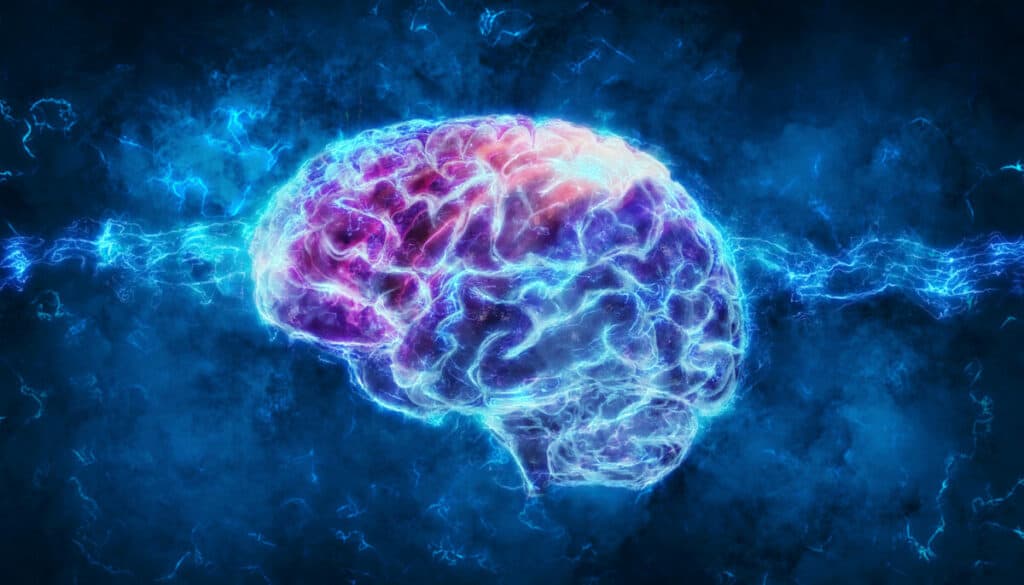 Brain Regeneration Is Real: This Is How to Do It

Once considered impossible, brain recovery is now a well-studied phenomenon.

Have you ever wished you could regenerate those brain cells you sacrificed in college? Do you fear that your aging brain is in a perpetual state of decline? Medical science is being rewritten to show that we can repair our brain and it’s something anyone can do.

It’s a commonly held misconception that the brain is beyond repair. Even the medical establishment has asserted that once we kill brain cells, they are gone forever. The fact is, the brain can repair itself, and as science is now proving, there is a real benefit to simple practices that can help keep our brains sharp and elastic throughout our lifetime.

Rewriting the Story of Brain Health

The field of cognitive neuroscience is relatively new—only around 100 years old—so it’s no surprise that we are constantly arriving at a newer and better understanding of how the neural circuitry of the human brain supports overall brain functioning.

For most of those 100 years, it was believed that once damaged, the brain couldn’t regenerate. Brain cells were finite, and any loss or injury would be suffered as a deficiency for the rest of that person’s life. This created a false belief that the brain is essentially in a perpetual state of decline.

Although compelling evidence to the contrary was presented as early as 1960, the medical dogma was (and is) slow to change. It wasn’t until the 1980s when Fernando Nottebohm’s research at Rockefeller University clearly indicated that neurogenesis—production of new nerve cells, aka neurons—was taking place in the adult vertebrate brain.

The next big step in this scientific evolution would take more than 30 years. However, the pace of our understanding of how the brain is wired was about to take a quantum leap.

The growth of new neurons in an adult, mammalian brain was first seen in 1992, when scientists isolated neural stem cells from mice in a Petri dish. This regeneration was then replicated thousands of times in a variety of published studies over the next 25 years.

It’s now accepted in the medical scientific community that the adult brain is capable of growing new neurons and glial cells, something previously disbelieved by the medical establishment. The brain is now considered to be resilient, pliable—plastic.

The term neuroplasticity refers to the ability of the brain to “rewire” itself through the practice of the desired skill. It’s the combination of new cells and new learning that creates this magic. When fresh nerve cells are well-stimulated (i.e., trained through specific learning exercises), they make new connections. In other words, they become healthy brain cells that contribute to learning and the development of new skills.

Just like the muscles of the body, when the brain is well-nourished and stimulated through proper exercise, it heals and grows. And with proper care and feeding, this amazing brain regeneration can occur throughout life.

To help make this a “no-brainer,” GreenMedInfo has compiled a simple list of ways you can safeguard brain health, stimulate new brain cell growth, and even heal the brain.

Get Lots of Physical Exercise

When you hear the phrase “train your brain,” you probably don’t think of lifting weights. Turns out, physical exercise is one of the best things you can do for your body and your brain.

The brain benefits of exercise are two-fold. First, the brain is a voracious consumer of glucose and oxygen, with no ability to store excess for later use. A continual supply of these nutrients is needed to maintain optimal functioning.

Physical exercise increases the blood flow to the brain, delivering a boost of fresh oxygen and glucose to hungry brain cells. A 2014 study showed that just 30 minutes of moderate cardio was enough to boost cognitive functioning in adult brains of all ages.

Our modern world runs on stress, so the need to unwind is easy to understand. What you might not be aware of, is just how damaging continual immersion in the fight-or-flight hormones of stress can be to your brain.

Stress is one of the top factors in age-related cognitive decline. This makes engaging in regularly scheduled leisure activities not just a fun thing to do, but an important step toward ensuring optimal brain health.

You don’t need to look far to find ways to de-stress. Let your interests guide you. The key to picking brain-healthy pastimes is to avoid passive activities such as watching TV and instead choose stimulating hobbies that engage the brain through patterns, puzzles, and problem-solving.

A 2011 study published in the Journal of Neuropsychiatry found that activities such as playing games, reading books, and crafts like quilting and knitting reduced rates of cognitive impairment by up to 50 percent.

Engaging with art also ranks high on the list of brain-healthy hobbies. Studies prove that once again, it isn’t enough to be a passive observer. To get the brain boost, we must engage.

In a German study reported in the journal PLOS One, researchers studied two groups: a group that observed art, and a group that produced art. The study concluded that compared to those who observed art, the art producers demonstrated increased interactivity between the frontal and parietal cortices of the brain. This increased brain connectivity translates to enhanced psychological resilience in the group of art producers. In other words, their ability to resist the negative effects of stress improved.

Looking for a more low-key way to unwind? How about playing beautiful music or sitting in quiet contemplation? Meditation has been shown to lower blood pressure, reduce inflammation, and even build resistance to feelings of anxiety and depression. And while listening to music may seem like a passive activity, research suggests that the act of listening to musical patterns facilitates brain neurogenesis.

Both meditation and listening to music affect the secretion of key hormones that enhance brain plasticity, thus changing the very way we respond to stress. Talk about good medicine!

You probably know at least one person who raves about the health benefits of turmeric. This deep-orange root has been used as a panacea for everything from soothing joint pain and calming inflammation, to lowering the risk of heart disease. And our awareness of the benefits of this ancient medicinal herb continues to grow.

Turmeric is an example of a remyelinating compound, which denotes a substance with proven nerve-regenerative effects.

Remyelinating compounds work to repair the protective sheath around the nerve bundle known as myelin, an area often damaged in autoimmune and vaccine-induced disorders. Research shows that even small doses of these restorative substances can produce significant nerve regeneration.

The Western model of pharmaceutical intervention has created a culture that seeks to identify and isolate the “active ingredient” of an organic substance. What this fails to account for is that organic compounds often work in concert: isolates by themselves may lack a critical key that another plant element provides.

Curcumin is the isolated active ingredient in turmeric, however, new research shows that another element found in turmeric has magical properties of its own.

In an exciting study published in the journal Stem Cell Research & Therapy, researchers found that a little-known component within turmeric, Ar-turmerone, may make “a promising candidate to support regeneration in neurologic disease.”

A 2014 paper studying the active compounds in green tea (known as catechins, a main class of micronutrient), determined that green tea catechins aren’t only antioxidant and neuroprotective, they actually stimulate the brain to produce more neurons.

Because of this therapeutic effect on damaged regions of the brain, green tea has been shown to have exciting implications in the treatment of “incurable” neurodegenerative disorders such as Alzheimer’s, Parkinson’s, and Huntington’s disease. This prompted researchers to declare green tea catechins “a highly useful complementary approach” in the treatment of neurodegenerative diseases.

Further investigation of green tea examined a combination of blueberry, green tea, and carnosine, and found it to promote the growth of new neurons and brain stem cells, in an animal model of neurodegenerative disease.

Ginkgo biloba is considered a powerhouse in the herbal medicine pharmacopeia, and its implications for brain health are equally potent. Ginkgo has demonstrated at least 50 distinct health benefits, and its medicinal value is documented in the treatment of more than 100 different diseases.

There are numerous studies on ginkgo’s ability to stimulate levels of a critical brain protein called BDNF: brain-derived neurotrophic factor. This protein affects healing in damaged regions of the brain and is essential in the regulation, growth, and survival of brain cells, making it especially important for long-term memory.

Ginkgo is so effective that a 2006 paper published in the European Journal of Neurology found it to be as useful in the treatment of Alzheimer’s disease as the blockbuster drug Donepezil.

Recently, a new mechanism behind ginkgo biloba’s brain healing properties came to light with the publication of an article in Cell and Molecular Neurobiology. Researchers determined that ginkgo is effective, in part, due to its ability to modulate neural stem cells (NSCs) into the type of cell that is necessary for the specific region of the brain where the BDNF proteins are active.

NSC’s are multipotent cells; they have the amazing ability to shape-shift into any of the many different phenotypes of cells that make up the brain. Ginkgo stimulates the growth of the right cell phenotype for the affected region of the brain, giving our brain exactly what’s needed, where it’s needed. Now that’s intelligent medicine!

Want to stimulate brain cell regrowth while you’re having lunch? Add some freshly steamed broccoli to your plate!

Science has added a substance called sulforaphane, found in sulfur-rich vegetables such as broccoli, to the growing list of neuritogenic substances that have been documented to stimulate nerve growth in the brain.

The study, published in the journal Genesis, reveals that sulforaphane, in addition to stimulating new nerve growth, has demonstrated significant healing properties as an antioxidant and anti-inflammatory agent, as well as preventing disease and death of healthy neurons.

Adding to the excitement surrounding these findings, researchers observed the beneficial effect on neural stem cells that results in their differentiation to specific, useful types of neurons, lending powerful support to the hypothesis that sulforaphane stimulates brain repair.

Aging is often associated with cognitive decline, both in research and anecdotal evidence. However, a growing body of literature shows that retaining a sharp, lucid brain means never retiring our critical thinking skills.

The need to continually challenge and expand our thinking was demonstrated in the aforementioned 2011 study published in the Journal of Neuropsychiatry. In this study, the leisure time activities of a group of older adults (ages 70 to 89) were monitored for effect on mild cognitive impairment (MCI).

The study determined that the level of complexity of the activity was key to its effectiveness at preventing MCI. Working with computers, reading books, and activities associated with patterns and problem-solving contributed to a significant decrease in the odds of developing MCI. Less stimulating activities showed no statistical effect. This stresses the importance of feeling challenged and stimulated by the activities we pursue as we age.

These findings were reinforced by a 2014 study of nearly 3,000 volunteers, spanning more than a decade. This study examined the potential long-term benefit of cognitive training in older adults. Results showed that participants demonstrated enhanced brain processing speed and reasoning skills for up to 10 years after the training was completed.

These tangible brain benefits spilled over into daily life and were measured in the participant’s ability to complete normal daily tasks, such as personal finances, meal preparation, and personal care routines. The study revealed that stimulating environments help increase the complexity of the brain.