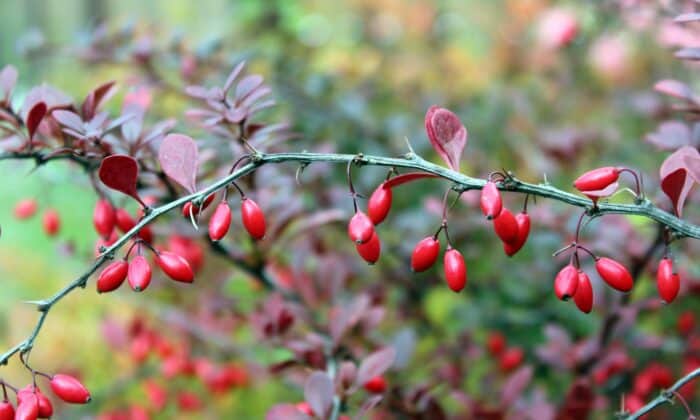 Berberine’s effect on lung cancer has just been published in the journal Pharmaceutics, showing potent anticancer activity in a study that crosses the divide between Eastern and Western medicine.

While the natural compound found in plants such as turmeric and barberry has been used in traditional Chinese and Ayurvedic medicine for thousands of years, it has yet to be widely used in clinics, according to Kamal Dua, an Australian-Indian scientist from the University of Technology, Sydney.

“All that historical and ancient knowledge of the medicinal plant, [has been] known by people for ages but has never been translated in the clinic,” lead researcher and senior pharmacy lecturer Dua told The Epoch Times.

Modern medicine focuses greatly on diseases, and medical students spend many years in school studying the body in a diseased state and the diseases themselves, whereas, in traditional and ancient medicinal practices, using food as medicine is one of the main pillars.

From all the Ayurvedic medicines and indigenous medicinal plants he examined, he found the plant compound berberine to be the most surprising, demonstrating impressive effects against lung cancer.

“This is possible by inhibition of key genes and proteins associated with cancer cell proliferation and migration,” he explained.

An earlier study he led found that berberine could also reduce inflammation and damage to healthy lung cells from cigarette smoke.

How to Take Berberine

Berberine can be found in a variety of plants, such as goldenseal, goldthread, Oregon grape, Phellodendron, and Coptis chinensis, a species of goldthread flowering plant native to China.

It can be taken as directed on the package or you can discuss your options with a trusted healthcare professional and monitor its effectiveness over time.

Dua notes that the benefits of the supplement have been limited by its lack of ability to dissolve in water and be absorbed in the gut, as well as toxicity at higher doses. Digestive side effects including diarrhea, constipation, flatulence and abdominal pain have been reported.

To overcome these challenges, the research team has developed a novel method of using liquid crystalline nanoparticles to safely and effectively encapsulate small doses of berberine inside.

“It means the patient does not have to take multiple doses. It also has fewer side effects compared to the various other chemical-based drugs,” he said.

“It’s always promising, but it is in a lab and a lot of things we find in a lab do not necessarily translate to the treatment of patients,” Onugha continued.

“The next step in this discovery is to move towards pre-clinical studies followed by clinical trials to explore its real therapeutic potential to make it reach clinics.”

The Future of Berberine

Dua is now working closely with Sydney-based companies to do further research and deliver these nanoparticles to the bedside.

Its success will lead to the team looking at it being used for other illnesses, even Alzheimer’s, Dua said.

“We are now we are testing the same thing on other respiratory diseases like asthma and also on pulmonary fibrosis because inflammation is a common condition in every disease,” he said.