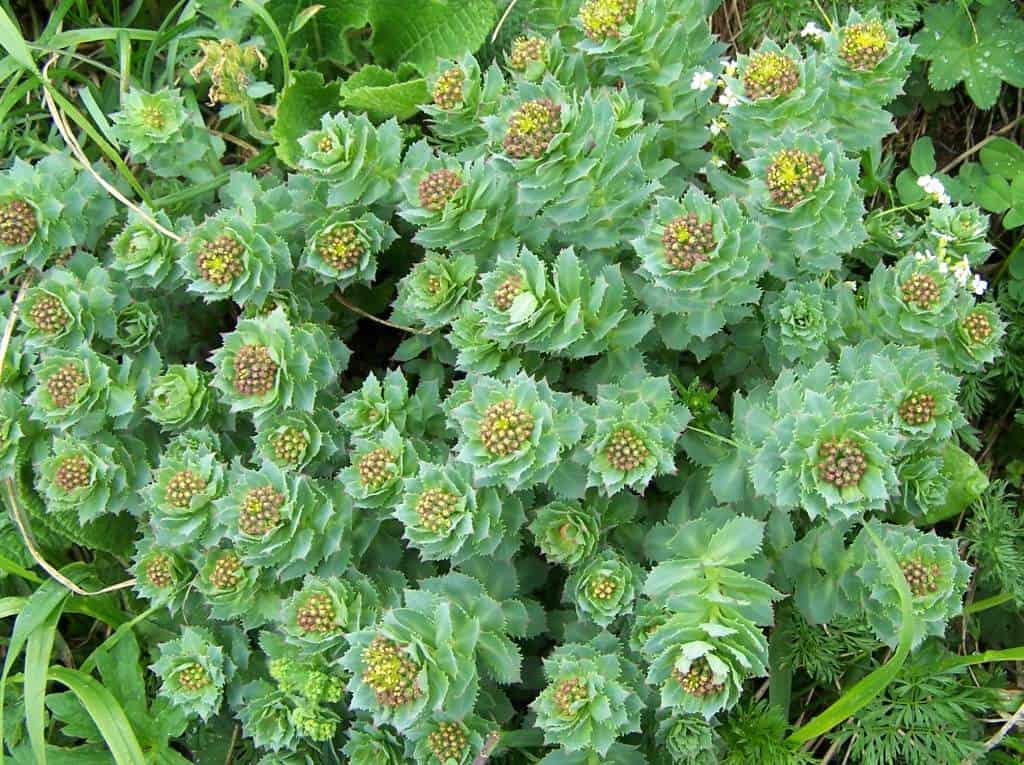 BY CONAN MILNER TIME OCTOBER 6, 2015
In Siberian, Tibetan, and Scandinavian folk medicine, Rhodiola rosea root has been one of the most revered herbs for at least a thousand years. More than 20 rhodiola species have been identified, but Rhodiola rosea has captured the attention of scientists from around the globe.

Formal studies on this plant go back as early as the 1700s, but it’s only been known in the United States for the past 20 years. The story of rhodiola’s rise in American popularity involves a husband and wife team of psychiatry professors from upstate New York, and previously classified documents from the Soviet military.

According to the wife half of the team, Dr. Patricia Gerbarg, assistant clinical professor in psychiatry at New York Medical College, and author of “The Rhodiola Revolution and How to Use Herbs, Nutrients and Yoga in Mental Health Care,” she came upon the herb by chance, and the healing she experienced was profound.

“I consider the plant to have saved my life, in terms of the quality of my life and my ability to work,” Gerbarg said.

In the 1990s, Gerbarg contracted a very severe case of Lyme disease. Antibiotics took care of the infection, but she was still left with extensive cognitive impairment and memory loss.

“Now I’m able to work full time. I write. I lecture. I research. My brain is great. Just the way it used to be,” she said.

Sold on the effects and surprised that nobody seemed to know much about it, Gerbarg and her husband began two years of intense investigation into rhodiola. Their search led them to Dr. Zakir Ramazanov, a phytochemist and former Soviet scientist from the Republic of Georgia with plans to introduce the herb to America.

With Ramazanov’s help, Gerbarg and Brown were able to gain access to a large body of research done on rhodiola during the Cold War. Starting in the 1950s, the Soviet Ministry of Defense began an exhaustive search for a product that could enhance military performance. Free from contemporary research restrictions such as budgetary concerns and human rights committees, Soviet scientists were able to do studies that would be too difficult and costly to do today. Their investigation developed a three herb formula, which they dubbed ADAPT-232. The main component was rhodiola.

The formula proved so successful with soldiers that the Soviets went on to use it to enhance the performance of Russian cosmonauts and Olympic athletes.

“It was also used to improve the intellectual performance of their scientists, because it not only reduces physical fatigue it also reduces mental fatigue so that they could work long hours accurately,” Gerbarg said.

While the Soviets shared their insights with the other herbs in the ADAPT formula,  Siberian ginseng (eleuthero) and schizandra berry, their findings on rhodiola were kept in secret files, far from American rivals.

The Soviet Union dissolved in 1992, but even after files were declassified, they remained largely forgotten in the defense department basement.

Ramazanov was familiar with the Soviet’s rhodiola research, so he knew what to look for. He made several trips to obtain research papers from government files and his former colleagues.

Ramazanov brought back piles of papers, which he shared with Gerbarg and Brown. His translations were the first information available on rhodiola in the English language. “That’s how we were able to understand how it worked and what it could be used for,” she said.

For Memory, Lungs, Depression, and More

Rhodiola treats lots of different issues. In Tibetan and Mongolian folk medicine, it is used for lung problems, such as respiratory infections, cough, tuberculosis, and asthma. The Vikings took it for strength. Modern studies show that rhodiola helps oxygenate the blood, improves endurance, and alleviates altitude sickness.

Rhodiola also has a reputation for treating the mind. Studies show that it increases neurotransmitter chemicals in the brain.

In the hands of an experienced practitioner, rhodiola can be used as a solo treatment, or to enhance the effects psychotropic drugs. Gerbarg prescribes it to her patients for depression, and memory problems. “It is very helpful for conditions where there was impairment of cognitive function or memory, whether it was from aging or brain injury,” she said.

While some herbs (like St. John’s Wort) don’t mix well with pharmaceuticals, rhodiola can function as a team player. Gerbarg uses rhodiola alone or in combination with conventional psychiatric medication. She said it can help bridge the gap for patients who get some relief from a small dose of medication, but develop side effects at higher doses. Rhodiola also helps with the residual symptoms of depression, such as fatigue, that the drugs can’t touch.

“Rhodiola augments the effect of the conventional antidepressant so the person has more energy. They have this feeling of getting up and doing things that they might not otherwise have taking the standard anti-depressant alone,” she said. “It acts kind of like an activating antidepressant.”

In several folk medicine traditions, rhodiola was known to prolong life. Recent studies lend credibility to this idea by showing that the herb improves cellular function and repair. This means that people suffering from chronic stress or any condition brought about by constant oxidative and toxic damage to the cells could benefit from rhodiola.

Gerbarg believes rhodiola’s ability to strengthen and detoxify cells is what enabled her brain to heal.

What to Look For

Not long ago, rhodiola was an obscure specimen in the American herb market, now it seems that every manufacturer has a rhodiola product. But before you pick up a bottle, there are several things to consider.

In the past, rhodiola was harvested in the wild, but to keep the supply in pace with demand, much of the rhodiola found in today’s supplements is cultivated. Most of the cultivated herb comes from overseas: Scandinavia, Russia, Eastern Europe, or China.

When the herb first came on the market, you could identify a quality rhodiola by the presence of two marker compounds. Consumers looked for labels that promised at least 3 percent rosavin and 1 percent salidroside.

Gerbarg said that today some manufacturers beef up their marker compounds with cheaper sources. The numbers look good, but the product lacks many of the other bioactive compounds found in rhodiola that science hasn’t yet grasped.

Gerbarg’s books identify better quality products. She said a good rule of thumb is to buy products that have been used in controlled research. “If a particular brand or product has demonstrated its effectiveness in a published study, that’s a very good indicator of a high quality product,” she said.

For best effect, take rhodiola in the morning, at least 30 minutes before eating. On an empty stomach, the body absorbs this herb much better.

A morning dose is also important because rhodiola is energizing. This is also why it should be avoided in some conditions. In people with bi-polar disorder, for example, rhodiola may cause manic symptoms. But every situation is different.

“If they’re being medicated for their condition and stabilized, but still having depression rhodiola can be helpful, but you have to know what you’re doing in terms of how you dose,” Gerbarg said.

Similarly, patients suffering from anxiety who are easily agitated by stimulants may not be a good fit for rhodiola. However, Gerbarg has seen success with PTSD—a disorder that can often include anxious symptoms.

“There are lots of types of anxiety, it depends on the actual diagnosis whether you would or wouldn’t want to use it,” she said.