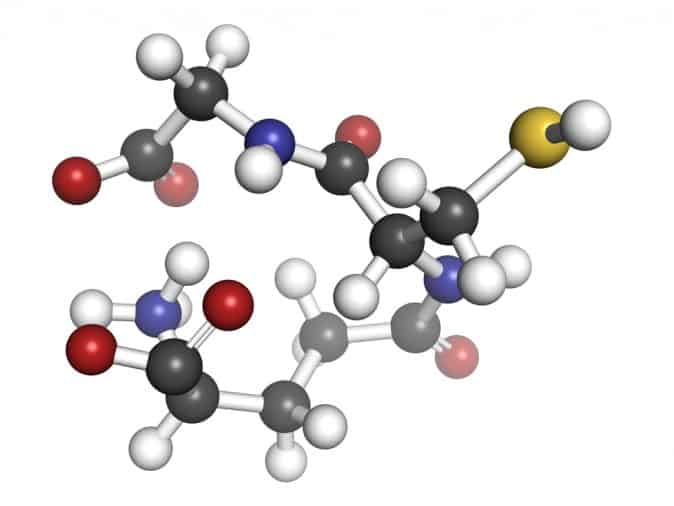 Your Body’s Most Powerful Antioxidant and Detoxifier

Glutathione is your body’s most powerful antioxidant and detoxifying agent, and it’s also something of a well-kept secret. Outside the wellness community, few people have even heard of it, but it’s now time to lift the curtain on this life-saving molecule that delivers incredible benefits, and even helps slow the aging process. Though glutathione’s not a magic health bullet per se, it comes pretty close, and getting more of it is absolutely essential to eliminating toxins from your body, keeping disease at bay, maintaining youth and sustaining wellness. Come up short and you’re putting yourself in the path of all manner of health problems, but get enough and glutathione’s health-supportive properties can be the difference between a vibrant, energetic life and one that’s anything but.

Here are some of the reasons why I prescribe glutathione – for both cleansing support and everyday use – and why I too take it every day:

So, Where’s It Been All My Life?

Though supplementation with glutathione has been around for years, few people were aware of it because, until recently, the only way to take it was through an IV. Oral forms weren’t very successful because they were poorly absorbed – the stomach would diligently break down about 90% of it, preventing most of the glutathione from getting to where it needed to go. Now, however, an easily absorbed version, known as acetyl glutathione, has been developed, and at last, the benefits of glutathione can be enjoyed conveniently in pill form, without the IV drip.

Glutathione Hoovers-up Toxins and Keeps You Young All Over

Comprised of three amino acids, glutathione is the single most powerful antioxidant your body produces and recycles. It’s made in the liver, the organ most responsible for detoxifying your body, so optimal liver function is absolutely essential. If your liver isn’t functioning well, glutathione production suffers, toxins overwhelm it and illness, both short term and long, are not far behind. Keep your glutathione levels high however and it:

In short, glutathione allows your body to detoxify itself and in so doing, helps keep you healthy for the long haul. It’s the ultimate health-supportive champ – and it’s the one you want in your corner.

Trouble Is, You’re Not Making Enough Of It

The not-so-great news is that the odds of having optimal glutathione levels much past the age of 20 are pretty slim. With aging, your body is fighting a bit of a losing battle, with natural production dropping by roughly 10% per decade. Do the math. By the time you hit 60, you’re working with a bit over half the amount you made during your college years. For many people, that translates to flagging energy, lowered immunity and a host of low-grade ills. And while aging is inevitable, feeling lousy while doing it is not. By boosting one’s glutathione levels, many people can slow the losses of the aging process and possibly stop some major health problems from setting up camp in your body.

You May Be Unwittingly Short-changing Your Supply

In addition to aging, there are other forces taking a bite out of your glutathione production. You’ll want to pay attention to the classic health-suckers: stress, unhealthy diet, lack of exercise and some prescription meds to name a few. Another major depleter: toxic overload, or heavy long term exposure to toxins and pollution, which not only contributes to glutathione depletion but also inhibits the liver’s ability to produce it.

Hey Doc, How Do I Get Some?

To optimize your glutathione supply, I recommend a multi-pronged approach, combining a nutrient-dense diet with stress-reduction, exercise and smart supplementation. Here are a few ways to top off your tank:

This article was originally published on www.drfranklipman.com read the original here