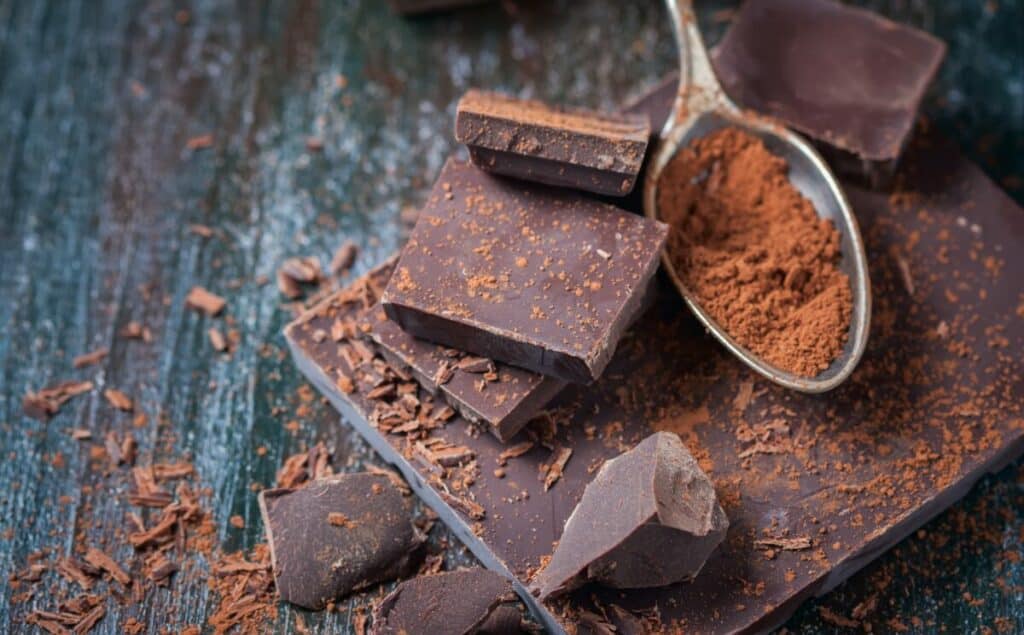 Adding these six substances to your diet can help you eat your way to a smaller belly.

If a big belly is weighing you down, nature may offer some sensible solutions. From coconut oil and green tea to dark chocolate and vitamin D, there are great natural substances worth looking into.

Clinically known as central adiposity or central obesity, even people with a normal body mass index (BMI) who carried a “spare tire” were at greater risk of dying from all causes and had the worst long-term survival rates in one study. For reference, a man with excess belly fat—defined by waist-to-hip ratio—who is otherwise normal weight has twice the mortality risk of a man who is overweight or obese but does not carry the weight primarily in his midsection.

What makes belly fat so dangerous? It’s a sign of visceral fat accumulation, which is a type of fat that can wrap around your internal organs, promoting inflammation and metabolic disorders. Visceral fat is associated with insulin resistance, high triglycerides, higher glucose levels, and increased cardiovascular risk, along with diabetes, high blood pressure and atherosclerosis.

An overall healthy diet and lifestyle, including regular intentional movement, is best for maintaining a healthy weight, but when it comes to targeting belly fat specifically, research suggests that dietary changes alone can be effective.

As you work toward focusing your diet on whole, unprocessed foods, the natural substances that follow should make a regular appearance, as they’re impressive for their belly-fat-busting prowess.

Coconut oil, with its rich content of medium chain fatty acids, has been described as an “ideal food source for weight reduction.” When 20 obese, but otherwise healthy, adults added virgin coconut oil to their diet for four weeks, waist circumference was significantly reduced, by a mean of 2.86 centimeters.

“All the participants in this study were instructed to continue their normal daily diet and physical activities to minimize possible weight reduction,” the researchers noted, which means just adding coconut oil was beneficial, even without further dietary or activity changes.

In another example, 40 women between the ages of 20 and 40 years followed a balanced diet, walked for 50 minutes a day and took either a soybean oil or coconut oil supplement for 12 weeks. While both groups had reductions in BMI, only the coconut oil group had a reduction in waist circumference—and the soybean oil group had a negative change in cholesterol, with LDL to HDL ratio increasing while beneficial HDL decreased.

The spice turmeric, known for its active phytocompound curcumin, is a powerful anti-inflammatory. Research suggests curcumin may increase basal metabolic rate, thereby increasing energy expenditure and improving weight and metabolic status. In fact, a meta-analysis of 21 studies revealed that curcumin intake significantly reduced not only BMI and weight but also waist circumference.

Grapefruit, rich in antioxidants and fiber, has anti-inflammatory effects—along with at least 15 other beneficial pharmacological actions. Folklore has long suggested that grapefruit is useful for weight loss, and when 74 overweight adults ate half of a fresh red grapefruit with each meal for six weeks, modest weight loss was indeed confirmed—along with a significant reduction in waist circumference.

Even using grapefruit seed oil topically may be beneficial. In one study, participants received a whole-body aromatherapy massage daily for six weeks, receiving either massage oil containing 3 percent grapefruit, cypress and other aromatherapy oils or a placebo oil (grapeseed oil).

They also massaged their abdomen with the oil twice daily (five days a week) for six weeks. The group receiving grapefruit seed oil had a significant reduction in abdominal subcutaneous fat and waist circumference.

Green tea contains beneficial polyphenols known as catechins, which have shown promise for influencing energy metabolism, weight, and body fat—especially abdominal fat and fat surrounding the abdominal organs. In a study of 182 moderately overweight adults in China, those who consumed two daily servings of extra high-catechin green tea for 90 days had significant reductions in intra-abdominal fat and waist circumference.

Cocoa-rich dark chocolate (containing at least 70 percent cocoa) is rich in beneficial polyphenolic compounds such as flavanols, epicatechin and procyanidins. Researchers investigated its effects on women with normal weight obese syndrome, which refers to people who are normal weight but have a high percentage of total body fat.

The women consumed dark chocolate containing 70 percent cocoa for seven days, which led to a reduction in abdomen circumference, along with other benefits like increased HDL cholesterol.

If you’re deficient in vitamin D, you may be more likely to have higher levels of visceral obesity. Several studies have confirmed that vitamin D deficiency is associated with greater visceral fat thickness, and even after adjusting for other factors like physical activity, chronic disease, and alcohol intake, “In all cases the greater the amount of belly fat, the lower the levels of detected vitamin D.”

Because the accumulation of belly fat can occur for many reasons, a comprehensive approach will work best. In addition to the six substances mentioned here, at least 41 other natural substances may also be useful for targeting belly fat, while others—like sugar-sweetened beverages and monosodium glutamate (MSG)—may promote it.