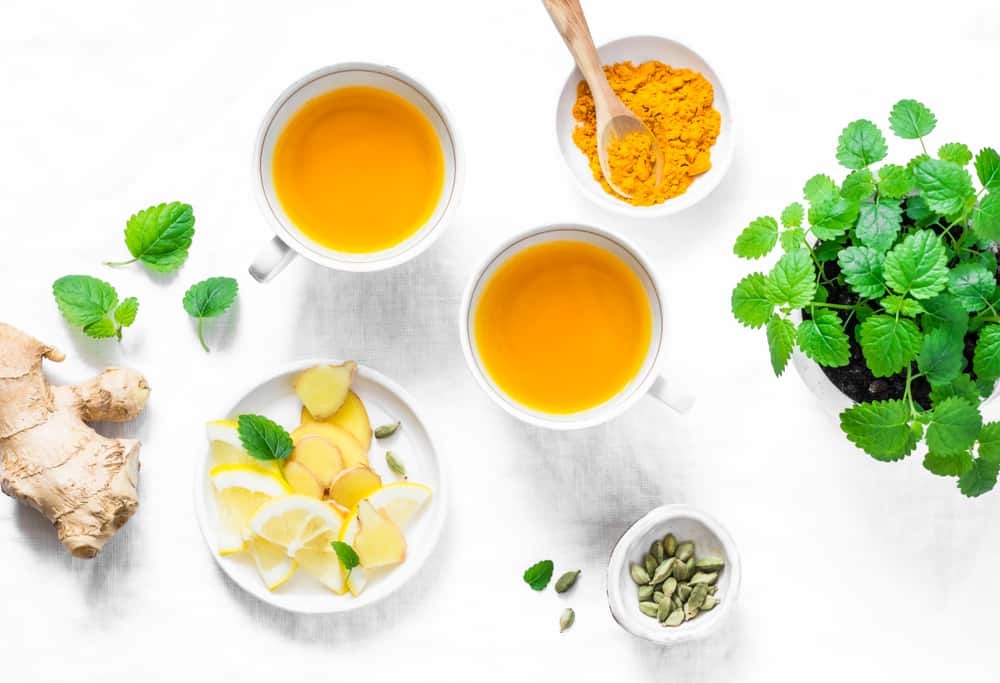 Which Are Anti-Inflammatory Foods?

Intervention studies to enhance healthy ageing need appropriate outcome measures, such as blood-borne biomarkers, which are easily obtainable, cost-effective, and widely accepted.” We need blood-borne biomarkers of mortality risk. For example, having higher levels of C-reactive protein in your blood may increase your risk of dying prematurely by 42 percent. C-reactive protein is the most widely used inﬂammatory biomarker for predicting mortality, but those with the highest levels of (IL-6), interleukin-6, another marker of inflammation, may increase premature death risk 49 percent. What can we do to bring it down?

In my last video, I talked about foods we eat that can contribute to inflammation, like meat and sugar, versus foods like nuts that don’t. But what about anti-inflammatory foods that actually attenuate that inflammation? These foods can be an integral part of the 21-Day Cleanse within the 90-Day Balance Program.

Let’s see what happens when you add blueberries to a high-fat meal with a high glycemic load. White potatoes, white bread, ham, cheese, butter, and more cheese, with or without a single cup of blueberries. Add blueberries and get a significant drop in IL-6 from that meal.

What about raspberries? Feed people eggs, butter, white potatoes, white flour biscuits, and sausage, with or without two cups of frozen raspberries blended with water into a smoothie, compared to giving people the same amount of calories and carbs in banana form. Bananas were no match for meat, eggs, dairy, and crappy carbs; that resulted in a tripling of IL-6 levels within four hours. But instead, drink those two cups of raspberries, and your body is able to hold the line. Why did raspberries work whereas bananas didn’t? Maybe it’s the antioxidants.

Well, antioxidant supplements failed miserably. There was no benefit from antioxidant vitamins and minerals like vitamins C, E, beta-carotene, or selenium. Maybe it’s those special antioxidant pigments, the anthocyanins that give berries those bright red, blue, and purple colors. And indeed, that’s what dozens of randomized controlled trials have demonstrated. Whereas a half dozen studies combined show pomegranates, a fruit packed with anthocyanin pigments, can bring down inflammation over time.

What about adding spices to meals as an approach to cool down inflammation? Supplementation with grape and turmeric extracts did not affect the inflammatory response to a milkshake. But give people actual turmeric, one teaspoon a day of the whole spice, and you get a significant drop in IL-6 levels––but not when you just give people purified curcumin supplements.

Garlic powder reduced IL-6 levels as well, starting at about a half teaspoon a day. And ginger powder (ground ginger) showed the same thing, with doses ranging from half a teaspoon to one and a half teaspoons.

Of course, another way to mediate the inflammation caused by a Sausage and Egg McMuffin is to not eat it in the first place. What about just eating a plant-based diet? To my surprise, the drop in IL-6 did not reach statistical significance. Whenever a dietary intervention doesn’t have the result you expect, you always have to ask, “What was the diet they exactly ate?” The study mostly looked at the Mediterranean diet, which certainly has more plants, but maybe the diets didn’t go far enough?

But ask people to switch to strictly plant-based nutrition, and their diet flips to become an anti-inflammatory diet. And that was the case even if they just cut out meat, or just all meat except fish. But have them instead switch mostly to poultry, or just limit their meat intake, and their diet remains inflammatory.

Now, not all plant-foods are anti-inflammatory. If all you do is boost your intake of less healthy plant foods, like juice, white bread, white potatoes, soda, and cake, you can end up even more inflamed. But if you eat a really clean diet of whole plant foods, not only do you get significant reductions in Lp(a) (which we didn’t even think was possible with diet), as well as drops in LDL cholesterol, of course, and even the most dangerous form of LDL cholesterol.

But nearly across the board, you also get a drop in inflammatory markers. We’re talking a 30 percent drop in C-reactive protein, and a 20 percent drop in IL-6. So, maybe previous studies utilizing plant-centered diets were unsuccessful because they weren’t plant-based enough, with animal products still being substantially consumed. The total elimination of animal products and processed foods may therefore be a more prudent dietary strategy to combat inflammation.

This story was originally published in the Nutrition Facts Blog.