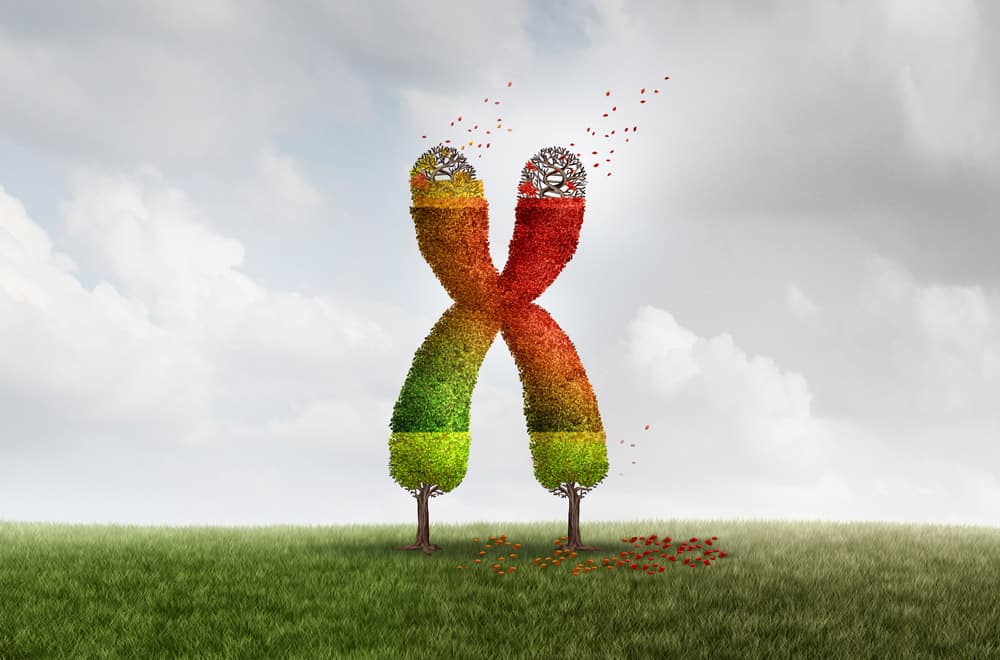 How does modern medicine see the aging of the human body? Scientists have discovered telomeres function as a biological clock. Telomeres are the ends of chromosomes, repeating sequences of non-coding DNA that protect chromosomes from damage, and get shorter every time a cell divides.

We now know there are harmful thinking patterns that can actually damage our telomeres, but are there ways to correct the process?

From a biological point of view, aging is a gradual and irreversible process; aging is manifested in the degeneration of cell: for example, the number of cells decreases and the total volume shrinks.

When telomeres are stressed and shortened, it increases the likelihood that those cells will stop dividing and die. When this happens, the diseases we are more genetically vulnerable to more easily progress.

Therefore, if you can find a way to slow down the shortening of telomeres, you can delay aging.

Elizabeth Blackburn, PhD, won the Nobel Prize in Physiology or Medicine in 2009 for discovering the molecular nature of telomeres, the ends of chromosomes that serve as protective caps essential for preserving genetic information, and for co-discovering telomerase, an enzyme that maintains telomere ends.

In 2017, Blackburn wrote “The Telomere Effect: A revolutionary approach to living younger, healthier, longer,” revealing that one has more control over one’s own aging than most of us might imagine. Based on reviews of thousands of studies, Blackburn concluded that you can actually lengthen your telomeres, and in effect, perhaps lengthen your life.

In the book, she outlined five thought patterns that harm our telomeres, and a strategy for lengthening them.

One study Blackburn conducted looked at British civil servants, and found that “men who scored high on measures of cynic hostility had shorter telomeres than men whose hostility scores were low.”

What is cynical hostility?

“Cynical hostility is defined by high anger and frequent thoughts that other people cannot be trusted,” Blackburn and co-author Elissa Epel wrote. “Someone with hostility doesn’t just think, “I hate to stand in long lines at the grocery store”; they think, “That other shopper deliberately sped up and beat me to my rightful position in the line!”—and then they seethe.”

Such hostility was highly associated with increased risk of disease and mortality.

Pessimism has very serious negative effects on telomeres. In a smaller study, of about 35 women, Blackburn found that women scored high in pessimism had shorter telomeres.

In addition, a study of over 1,000 men also found that pessimism was a risk factor for poor health. When pessimists suffer from aging-related diseases, such as cancer or heart disease, the disease tends to progress faster, and in general pessimists tend to die earlier.

There are many people whose thinking is often in a state of anxiety and self-compulsion, unable to let go of something, such as the lingering conflicts between family members and individual relationships.

Studies have found that obsession with these entanglements can also affect the body’s immune cells and shorten telomeres.

“When you ruminate, stress sticks around in the body long after the reason for the stress is over,” Blackburn and Epel wrote.

At the same time, people with more negative thoughts on the past or negative mind wandering (rumination) tended to have more clinical depression and anxiety disorders, which is also associated with shorter telomeres.

Everyone will encounter troubles. Sometimes we voluntarily push unpleasant thoughts away, without resolving them. This will also affect telomere length.

The late Harvard social psychologist Daniel Wegner, who pioneered this idea, once read an observation from “Winter Notes on Summer Impressions,” Fyodor Dostoevsky’s 1863 account of his travels in Western Europe: “Try to pose for yourself this task: not to think of a polar bear, and you will see that the cursed thing will come to mind every minute.”

That means the harder you push your thoughts away, the more they will steal your attention.

We all know that many highly accomplished individuals have strong powers of focus and concentration.

However, many people are easily distracted by the external environment. Blackburn’s research found that when people are unable to concentrate and focus on the present, it also affects the length of telomeres.

And on the contrary to these five negative patterns of thinking, Blackburn’s findings also show that the reverse is true. Positive thinking improves health on a genetic level.

These five negative thought patterns are automatic ones, built-in habits that also tend to be exaggerated and controlling. With thought awareness, we free ourselves from such patterns.

The secret to the human mind, they explained, was that we don’t need to believe everything our thoughts tell us. Being aware of our own thoughts, and where we are negatively biased, can help let go and stop the negative spiral.

The authors recommended activities like meditation and other similar mind-body exercises like long distance running, which has a meditative effect, because these exercises promote better thought awareness. With practice, we can cease thinking ourselves towards unhappiness (and therefore shorter, more disease-prone lives) and experience higher levels of resting stress hormones.