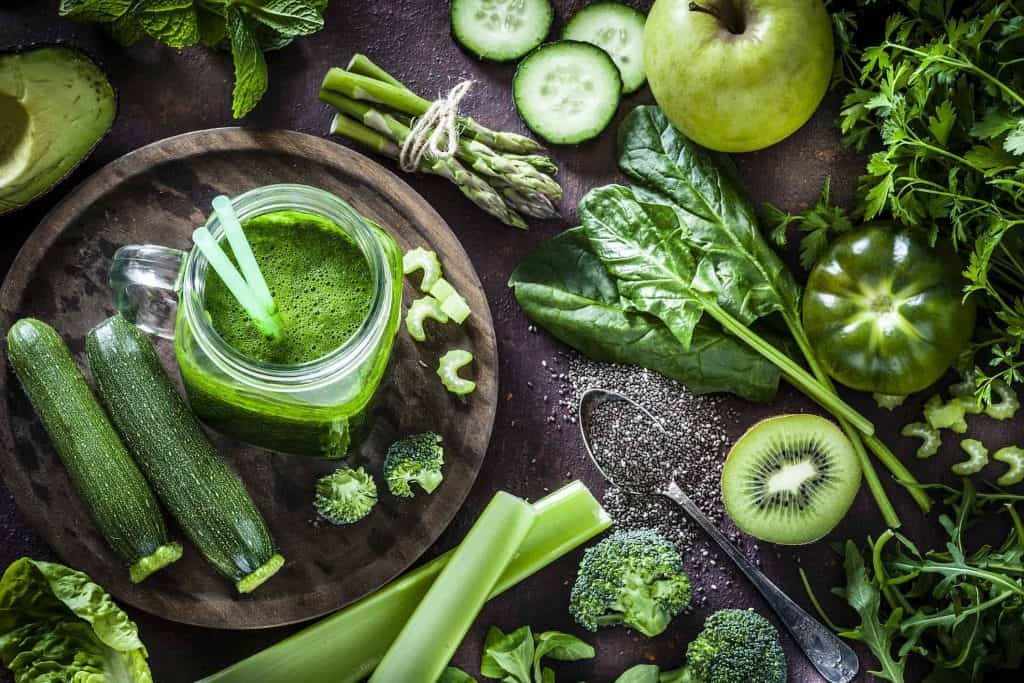 The 20 Superfoods for Weight Loss should be USDA certified organic, non-GMO, low glycemic index, gluten free, antioxidant rich, keto friendly and are integral to the 21-Day Cleanse and 30-Day Maintain.

Utilizing these Superfoods for Weight Loss along with adequate hydration, intermittent fasting, the Ketogenic diet, functional movement and the Wim Hof Method of deep breathing and cold therapy are all key to 90-Day Balance program.

It’s time for a new slim-down mantra:  Eat more to weigh less. No joke! The right foods help you drop pounds by revving your calorie burn and curbing cravings. Top experts share their best picks. Add these Superfoods for Weight Loss to your plate today and you’ll be slimmer and healthier in no time!

In a study published in The American Journal of Clinical Nutrition, women on a diet that includes red meat lost more weight than those eating equal calories but little beef. “The protein in steak helps you retain muscle mass during weight loss,” says study author Manny Noakes, Ph.D.

Eat more: Grill or broil a four-ounce serving of top round or sirloin; slice thinly to top a salad, or mix with veggies for fajitas.

Women on a low-calorie diet who ate an egg with toast and jelly each morning lost twice as many pounds as those who had a bagel breakfast with the same number of calories but no eggs, a study from Louisiana State University reports. “Egg protein is filling, so you eat less later in the day,” says David Grotto, R.D., author of 101 Foods That Could Save Your Life.

Eat more: If you can’t cook before work, bake a frittata on Sunday; chill it and nuke slices for up to a week.

One raw chopped cup contains 34 calories and about 1.3 grams of fibre, as well as a hearty helping of iron and calcium. But kale’s earthy flavour might take some getting used to. Spinach, another nutrient powerhouse, is a milder-tasting option.

“Oatmeal has the highest satiety ranking of any food,” Grotto says. All oats are healthful, but the steel-cut and rolled varieties have up to five grams of fibre per serving, making them the most filling choice. Instant oats contain three to four grams per serving.

Eat more: Instead of using breadcrumbs, add oats to meatloaf.

Eat more: There are many varieties of lentils, but red and yellow cook fastest. Add cooked lentils to pasta sauce for a heartier dish, Zuckerbrot suggests.

These chewy, tart berries have a hunger-curbing edge over other fruit: 18 amino acids, which make them a surprising source of protein, says chef Sarah Krieger, R.D., spokeswoman for the American Dietetic Association. Snack on them mid-afternoon to stay satisfied until dinner. The calorie cost? Only 35 per tablespoon.

Fish fats keep your heart healthy, and they shrink your waist. “Omega-3 fatty acids improve insulin sensitivity— which helps build muscle and decrease belly fat,” Grotto explains. And the more muscle you have, the more calories you burn.

Eat more: You don’t need to do much to enhance salmon’s taste, says Sidra Forman, a chef and writer in Washington, D.C. “Simple is best. Season a filet with salt and pepper, then cook it in a hot pan with 2 tsps. oil for one to three minutes on each side.”

People who chomped an apple before a pasta meal ate fewer calories overall than those who had a different snack. “Apples are high in fibre—four to five grams each—which makes them filling,” says Susan Kraus, R.D., a clinical dietitian at Hackensack University Medical Center in New Jersey. Plus, the antioxidants in apples may help prevent metabolic syndrome, a condition marked by excess belly fat.

Eat more: For a pie-like treat, chop up a medium apple and sprinkle with 1/2 tsp. allspice and 1/2 tsp. cinnamon. Pop in the microwave for 1 1/2 minutes.

Swap plain noodles for this variety; you’ll slip into your skinny jeans in no time. “Buckwheat is high in fibre and, unlike most carbs, contains protein,” Zuckerbrot says. “Those two nutrients make it very satiating, so it’s harder to overeat buckwheat pasta than the regular stuff.”

Eat more: Cook this pasta as you do rice: Simmer it, covered, over low heat. For a light meal, toss cooked buckwheat pasta with broccoli, carrots, mushrooms and onions.

All berries are good for you, but those with a blue hue are among the best. They have the highest antioxidant level of all commonly consumed fruit, according to research from the USDA Agriculture Research Service. They also deliver 3.6 grams of fibre per cup.

Eat more: Instead of topping your cereal with fruit, fill your bowl with blueberries, then sprinkle cereal on top and add milk or yogurt, Iserloh recommends.

Adding this spread may lower bread’s glycemic index (a measure of a food’s effect on blood sugar). A study from the University of Toronto found that people who ate almonds with white bread didn’t experience the same blood sugar surges as those who ate only the slice. “The higher blood sugar levels rise, the lower they fall; that dip leads to hunger, causing people to overeat,” says study author Cyril Kendall, Ph.D. “Furthermore, blood sugar changes cause the body to make insulin, which can increase abdominal fat.”

Eat more: Try it for a change from peanut butter sandwiches, or make a veggie dip: Mix 1 tbsp almond butter with 2 tbsp fat-free plain yogurt, Iserloh suggests. Or add a dollop to oatmeal for flavor and protein.

The juice gets all the hype for being healthy, but pomegranate seeds deserve their own spotlight. In addition to being loaded with folate and disease-fighting antioxidants, they’re low in calories and high in fiber, so they satisfy your sweet tooth without blowing your diet, Krieger says.

Eat more: Pop the raw seeds on their own (many grocery stores sell them pre shucked) as a snack at your desk. “Use them in salads instead of nuts,” Iserloh says. “They’re especially delicious on raw baby spinach with lemon–poppy seed dressing.” For another take on the seeds, use our easy recipe for sweet and spicy pomegranate salsa.

One reason to spice up your meals: You’ll crank up your metabolism. “A compound in chiles called capsaicin has a thermogenic effect, meaning it causes the body to burn extra calories for 20 minutes after you eat chiles,” Zuckerbrot explains. Plus, “you can’t gulp down spicy food,” she adds. “Eating slowly gives your brain time to register that your stomach is full, so you won’t overeat.”

Eat more: Stuffed chiles with cooked quinoa and marinara sauce, then roast them. To mellow a chile’s heat, grill it until it’s almost black, peel off charred skin and puree the flesh, Krieger says. Add the puree to pasta sauces for a one-alarm kick. Or stir red pepper flakes into any dish you enjoy.

Dietitians often refer to plain yogurt as the perfect food, and for good reason: With its trifecta of carbs, protein and fat, it can stave off hunger by keeping blood sugar levels steady. In a study from the University of Tennessee at Knoxville, people on a low-calorie diet that included yogurt lost 61 percent more fat overall and 81 percent more belly fat than those on a similar plan but without yogurt.

Eat more: “Use lowfat plain yogurt instead of mayonnaise in chicken or potato salad, or top a baked potato with a bit of yogurt and a squeeze of lemon juice,” Krieger says. You’ll save 4.7 grams of fat per tablespoon. Look for Greek yogurt, which has more protein than other versions.

Curbing hunger is as easy as piling your plate with this whole grain. It packs both fiber (2.6 grams per 1/2 cup) and protein, a stellar nutrient combo that can keep you satisfied for hours, Krieger says.

Eat more: Serve quinoa instead of rice with stir-fries, or try Krieger’s take on a scrumptious hot breakfast: Cook 1/2 cup quinoa in 2/3 cup water and 1/3 cup of orange juice for 15 minutes. Top with 1 tbsp each of raisins and chopped walnuts.

These tiny fish are the unsung stars of the sea. They are high in protein and loaded with omega-3s, which also help the body maintain muscle. And they’re low in mercury and high in calcium, making them a smart fish pick for pregnant women. If the flavor doesn’t appeal to you, “soak them in milk for an hour; it will remove any trace of fishiness,” Iserloh says.

Eat more: “Use sardines in recipes you like that call for anchovies, including Caesar salad and stuffing,” Iserloh says. Or make a sardine melt: Toss whole sardines with chopped onions, fresh herbs and diced bell peppers. Put the mixture on top of a slice of pumpernickel or rye bread, cover with a slice of cheddar and broil.

You can use this herb, a staple in French cooking, in place of salt in marinades and salad dressings. Excess sodium causes your body to retain water, so using less salt can keep bloating at bay. Plus, tarragon lends a sweet, licoricelike flavor to bland foods. (Use the French version of the herb when possible; it’s sweeter than other varieties.)

Drop that rubbery low fat cheese and pick up the real stuff. Women who had one serving of whole milk or cheese daily were less likely to gain weight over time, a study in The American Journal of Clinical Nutrition finds. Low Fat-dairy fans didn’t experience the same benefit. Whole dairy may have more conjugated linoleic acid, which might help your body burn fat. “Parmesan is so flavorful, it’s easy to stick to one serving,” Buchanan says.

Eat more: “Grate Parmesan over roasted vegetables,” Buchanan offers. Or snack on a 1-ounce portion with an apple or a pear.

Eat more: Add avocado to your sandwich instead of mayo for a creamy texture and a shot of flavor. Avocados do contain a lot of calories, so it’s best to watch your portions. One easy way to do it: Try Wholly Guacamole’s 100-calorie fresh guacamole packs ($3; grocery stores or WhollyGuac.com). They’re easy to pack in your lunch and pair with chopped vegetables.

Like avocados, olive oil has healthy fat that increases satiety, taming your appetite. But that’s hardly its only slimming feature. “Research shows it has anti-inflammatory properties,” Kraus says. Chronic inflammation in the body is linked to metabolic syndrome.

Eat more: Drizzle your salad with olive oil and you’ll increase the antioxidant power of your veggies, a study published in the British Journal of Nutrition notes. Or toss pasta with a few teaspoons of olive oil, fresh basil and sautéed garlic, Kraus suggests.