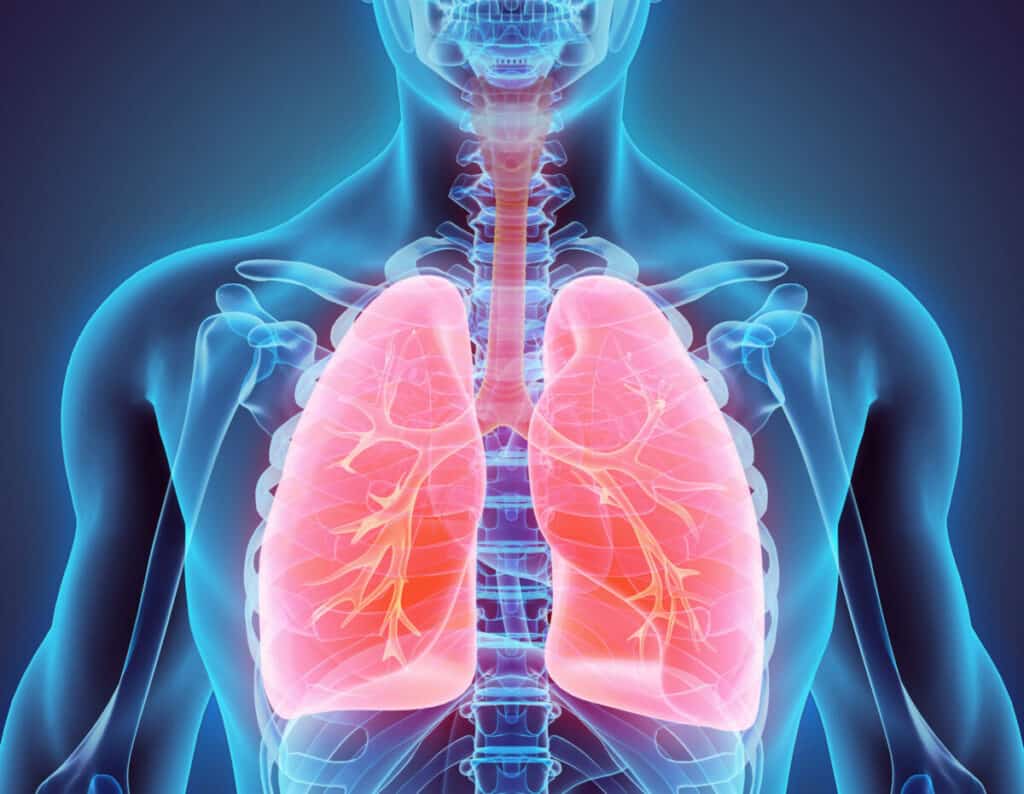 Consuming high amounts of them could extend the life of your lungs while also slashing your risk of heart disease, boosting your memory and improving bone health beyond calcium and vitamin D.

Flavonoids are a group of polyphenols, phytonutrients found in most fruits and vegetables. There are more than 6,000 unique flavonoids, but as a group, they’re most well-known for their antioxidant and anti-inflammatory effects and have been found to lower the risk of many chronic conditions rooted in inflammation. Anthocyanins,(1) specifically — found in red-blue plant pigments that give berries and other foods their red, blue and purple color — have been shown to:

Previous animal studies have shown anthocyanins reduce the production of mucus and inflammatory secretions in animals with chronic obstructive pulmonary disease. Some of the latest research suggests the plant compound can also help slow the gradual decline in lung health associated with aging.

The study in question analyzed data from 463 British and Norwegian adults who participated in the second and third European Community Respiratory Health Surveys. The average age was 44. The data included dietary information and a spirometry test, which measures the volume of air you can forcefully exhale in one second (FEV1), the total volume of air you can exhale after taking a deep breath (FVC) and the ratio of the two (FEV1/FVC).

According to lead author Vanessa Garcia Larsen, Ph.D., assistant professor in the Human Nutrition Division of the Department of International Health at the Johns Hopkins Bloomberg School of Public Health, lung function tends to peak around the age of 30, after which it starts to decline.

The rate of speed of that decline varies depending on factors such as smoking, your exercise level, exposure to pollutants and the presence of other medical conditions. Your diet also plays a significant role. Processed foods in general, and processed meats in particular, have previously been linked to a more rapid decline in lung function.

On average, the annual decline of FEV1/FVC among those consuming the highest amounts of anthocyanins was just -0.02 per year. No association between anthocyanin intake and lung function was found among smokers, however. According to Garcia-Larsen:

“Our study suggests that the general population could benefit from consuming more fruits rich in these flavonoids like berries, particularly those who have given up smoking or have never smoked. For smokers, quitting remains the best thing they can do to protect their health.”

Flavonoid-Rich Diet Has Many Other Health Benefits

Aside from protecting your lung function with age, polyphenols — the plant compounds that give fruits, vegetables and berries their vibrant colors — have numerous other health benefits as well. This includes lowering your risk of “middle-age spread,” the weight gain around the midsection that is so common with age.

In one study, which included more than 124,000 people, those with the highest flavonoid intake had the least weight gain with age. Certain types of flavonoids were more effective for weight maintenance than others, particularly after the researchers accounted for fiber intake. Anthocyanins, proanthocyanidins and total flavonoid polymers (found in tea and apples) showed the most significant effect after adjusting for fiber.

Overall, for each standard deviation above average in terms of flavonoid consumption, the study participants gained one-tenth to three-fifths of a pound less over four years. This might not sound striking, but you can consider it the icing on the cake, as this is just one of many benefits. Other health benefits associated with higher intake of flavonoids include:

The health effects of flavonoids and other polyphenols are likely part of why a Mediterranean diet helps protect against the ravages of air pollution. Data from nearly 550,000 individuals followed for 17 years was collected by researchers at the NYU School of Medicine.

Their aim was to assess how closely the diet of the participants mirrored the Mediterranean style diet — which is high in antioxidants and healthy fats — and how this eating pattern influenced the effect of air pollution exposure. The results were recently presented at the American Thoracic Society’s international conference in San Diego. As reported by Time:

“Death from all causes increased by 5% for every 10 parts per billion increase in long-term average nitrous oxide exposure among people who least adhered to the eating pattern, compared to only 2% among people who most followed the diet.

In related news, vitamin C — another powerful antioxidant — has been found to reduce the health risks to babies born of mothers who smoke. When a woman smokes during pregnancy, her child is at increased risk of wheezing, caused by an obstruction in the lower respiratory tract. Essentially, their lungs and airways are stiffer than normal.

Recent research has found that when smoking mothers also took 500 milligrams of oral vitamin C on a daily basis during pregnancy (in addition to their prenatal vitamins), their children had better lung function compared to those whose mothers received a placebo.

An estimated 450,000 smoke-exposed babies are born in the U.S. each year, and according to lead author Dr. Cynthia McEvoy, professor of pediatrics in the division of neonatology at Oregon Health & Science University, while quitting smoking is a priority, for those who cannot quit despite best efforts, vitamin C supplementation may be a simple way to protect the lung function of their children.

Another recent study found that nanoparticles derived from tea leaves can destroy up to 80% of lung cancer cells. The discovery was made while testing a novel method of producing quantum dots, a type of nanoparticle measuring less than 10 nanometers. For comparison, a single strand of human hair is 40,000 nanometers thick.

While quantum dots — used in a wide variety of products, from computers to cancer treatment, can be made chemically — they have toxic side effects. So, the team was investigating new ways of producing nontoxic quantum dots from plants. As reported by Science Daily:

“The researchers mixed tea leaf extract with cadmium sulphate (CdSO4) and sodium sulphide (Na2S) and allowed the solution to incubate, a process which causes quantum dots to form. They then applied the dots to lung cancer cells. They found:

The finding suggests plant-derived quantum dots may be a promising field of exploration for cancer researchers. Next, the team plans to explore the role of tea leaf extract in cancer cell imaging, and investigate how quantum dots interface with various cancer cells.

The quantum dots may also have other health related applications, such as sun lotions and nontoxic antimicrobial paint used in operating rooms. The team, led by Sudhagar Pitchaimuthu, Ph.D., of Swansea University, are exploring the possibility of setting up a quantum dot factory to fully explore the many ways in which quantum dots may be used.

How to Get More Flavonoids Into Your Diet

While this is certainly not an exhaustive list, to naturally increase the flavonoids in your diet, consider eating more of the following foods: